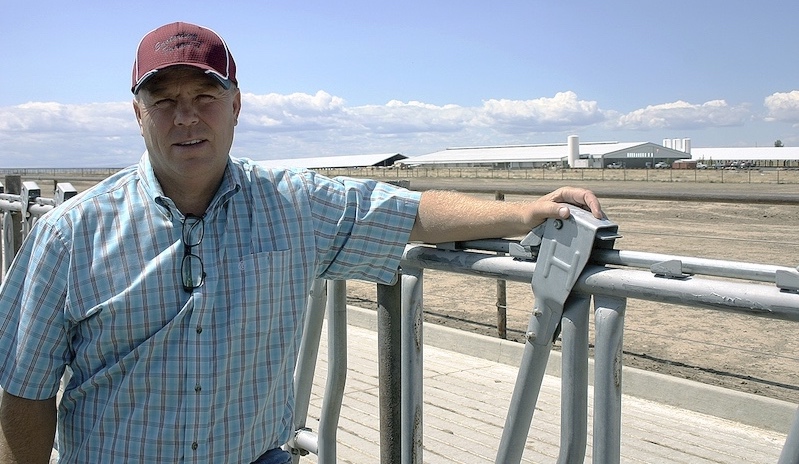 Big news broke yesterday about the Easterday Dairy application to restart a 30,000-cow operation on the site of the catastrophic Lost Valley Farm mega-dairy in Boardman, Oregon.

According to a press release from Stand Up to Factory Farms, a coalition of consumer and environmental public interest groups, the Oregon Department of Agriculture (ODA) and the state Department of Environmental Quality (DEQ) announced that the agencies had temporarily suspended work on the pending Easterday Dairy permit because of legal concerns.

The "pause" of the permit was announced by the ODA's CAFO program manager, Wym Matthews, at a meeting of the state CAFO Advisory Committee, which provides feedback to the department about its Confined Animal Feeding Operations (CAFO) Program.

Cody Easterday, whose name and signature appear on the ODA permit application, pleaded guilty on March 31st in federal district court to defrauding Tyson Foods, Inc., and another company out of more than $244 million over a period of six years by charging them for the purchase and feeding of more than 200,000 cattle that existed only on paper.

In a scheme that has been dubbed "Cattlegate," Easterday pleaded guilty to wire fraud—making use of electronic media including telephone or fax machine, email or social media, or SMS and text messaging—which he allegedly committed in order to cover up his massive losses on the futures market. His trading activities are the basis for another pending federal matter against Easterday that is being brought by the Securities and Exchange Commission.

The Easterday family, which Cody has headed since the death last fall of his father, Gale, has extensive holdings in Washington and Idaho. Two of the family's largest companies, Easterday Farms and Easterday Ranches, have declared bankruptcy in the wake of the scandal.

In the advisory committee hearing, Matthews said that the bankruptcies of these two major parts of the family's businesses appear to touch on parts of the proposed Oregon facility and are a major reason for pausing the permit process. "The Oregon property is in question at this time," he said. "The applicant status and ownership status [of the dairy] is potentially in question, which would cause us to pause."

In an e-mail response to my questions, ODA communications director Andrea Cantu-Schomus said that while the permit application itself is still active and pending, the Oregon Department of Justice continues to gather information about this rapidly evolving situation.

“It’s a relief to hear that ODA and DEQ have stopped work on the permitting process for Easterday Dairy,” according Stand Up to Factory Farms coalition organizer Emma Newton. “Easterday’s failure to disclose fraud and major financial difficulties during the application process gives ODA and DEQ ample grounds for the permit’s denial." Calling the pause on the permit a first step, Newton calls on the agencies to "deny the Easterday Dairy permit once and for all.”

Read more about the Easterday scandal and the subsequent bankruptcies of Easterday Ranches and Easterday Farms. Get more information on the Lost Valley Farm debacle and the dangers that mega-dairies present to Oregon's rural communities, the health of its citizens, and the state's climate, environment, air and water.