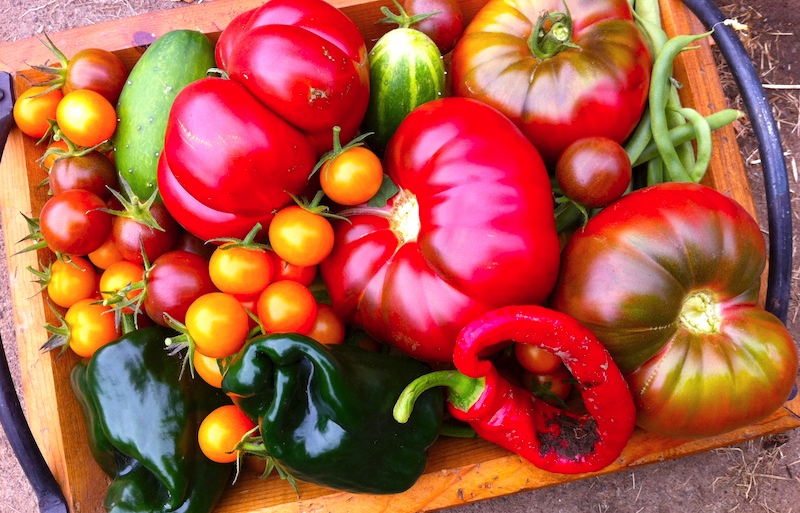 In Season: Get In While the Getting's Good

If Josh Alberg of Rubinette Produce has any advice for the height of the summer produce season, it's don't procrastinate.

"When the season starts, get your favorites early," he said. "Because if you wait, they'll be gone." 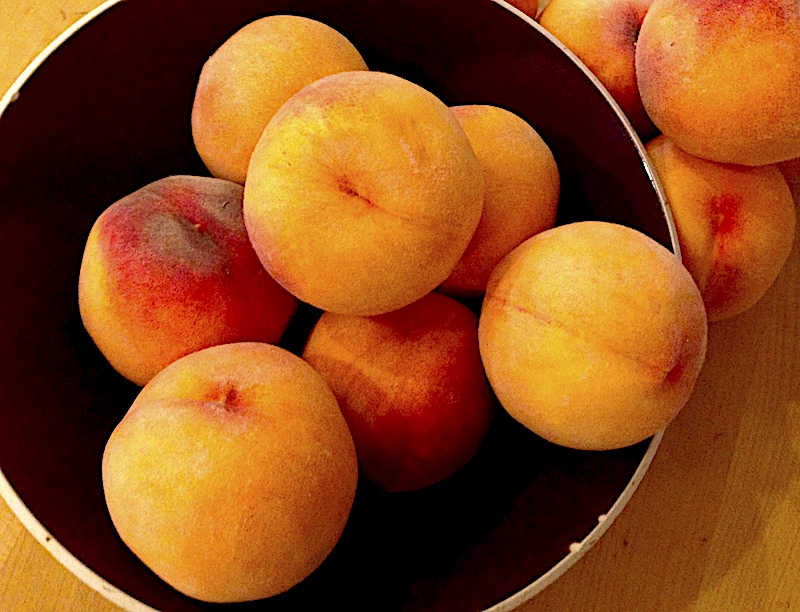 The time is now to get your heirloom tomatoes at the farmers' markets, and there's a plethora of peppers, eggplant, beans, corn and peaches tumbling in from local farms. Strawberries and cane fruit like raspberries and blackberries are nearly done, as are summer squash and cucumbers, so if you haven't got around to making your grandma's favorite dill pickles yet, you'd best get cracking.

Alsberg shook his head when talking about this summer's weather. 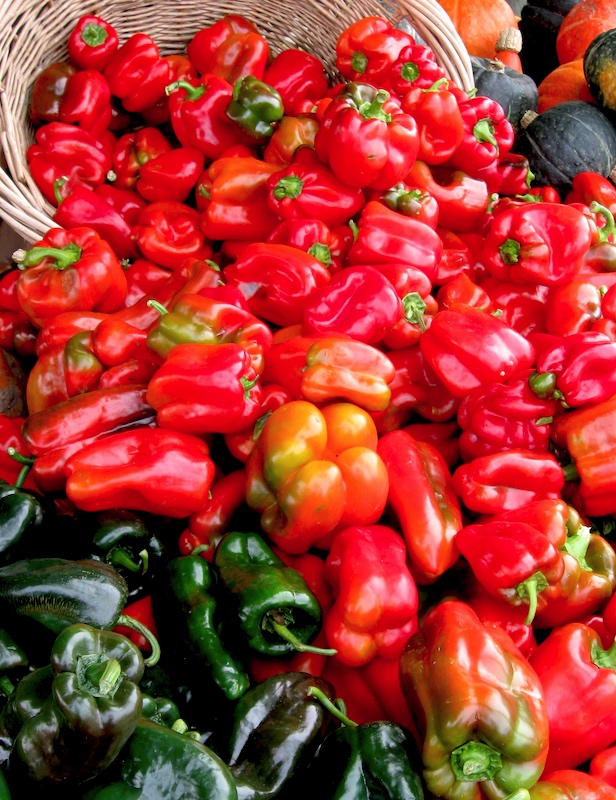 "It's been kinda strange," he said, recounting cooler temperatures early in the summer that got everything off to a late start, with some early crops experiencing a short, not-very-robust season. Tomatoes were delayed early on, and then 100-degree days like those we've had lately "put the kibosh" on some varieties that are normally prolific in midsummer, so expect a slightly shortened season.

He may have caught my sharp intake of breath, since he quickly reassured those of us who might be expecting to preserve a couple of hundred pounds to last us through the winter. Late summer and early fall cooking varieties like Romas and Astianas should be fine, as long as temperatures remain moderately warm and we don't get early rains. Whew!

Ground vegetables like carrots, beets and turnips are plentiful, as are greens like kale and chard. As mentioned above, pepper people will find piles of Jimmy Nardellos, bell peppers in all colors and Italian sweet peppers at the markets for the next month, and peaches, nectarines and corn should be around for that long, too. 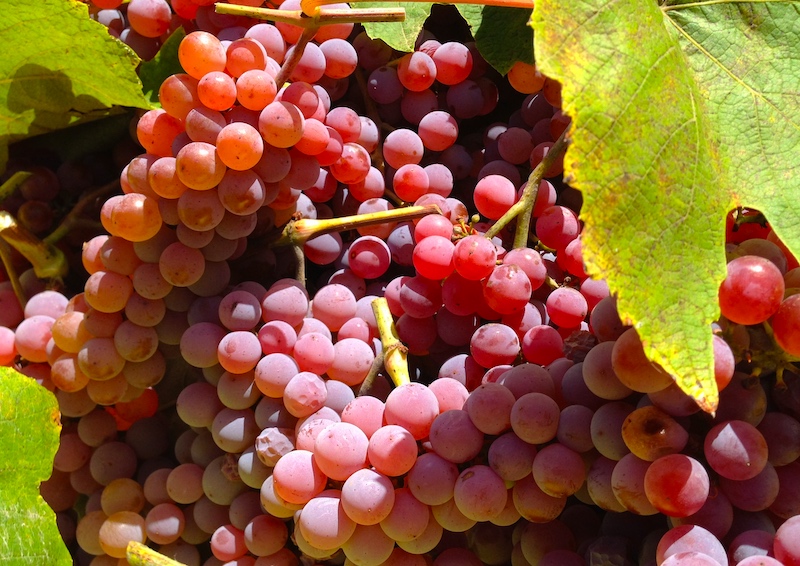 Plums and table grapes are just getting started, as are local melons, and kiwi berries and ground cherries should start appearing soon. We can also look forward to freshly dug potatoes and onions by the end of the month, as well as winter squash like delicata and butternuts. Local apples and pears will be arriving from orchards by the end of September, though Alsberg said he's seeing a few local Gravensteins listed on his farmers' hot sheets, along with Zestar, Ginger Gold and Pristine varieties.

As usual with apples, though, Alsberg—whose social media handle is "fruit monkey"—warns that most of the varieties you'll see at the big grocery store have been in storage since last November or imported from places like Australia, Chile or Argentina, so make sure you check the country of origin if you want fresh, crisp apples for your table. He winced when mentioning one in particular, called Williams Pride, describing it as "mushy and mealy." Blech!