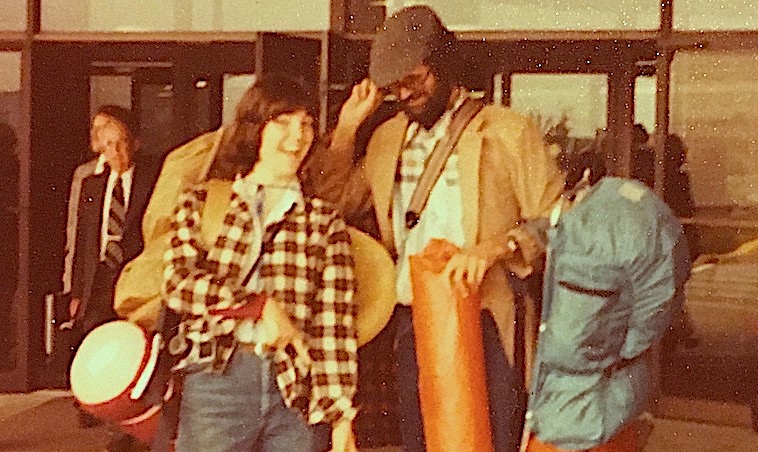 A Tall, Taciturn Guy from Maine

"Forty years ago, on August 1, 1981, I married a tall, taciturn guy from Maine. We’d lived together for four years after dating briefly, as was the custom at the time, and he’s credited with getting me kicked out of my parents house when I called them late on a Saturday night to let them know I wouldn’t be coming home so not to worry. Acquaintances would still occasionally ask if he ever talked, so quiet was his demeanor back then (and so chatty was mine that he had a hard time getting a word in edgewise)."

So begins an essay I wrote for my friend George Rede’s blog, an appropriate kick-off to this end-of-summer-proper month.