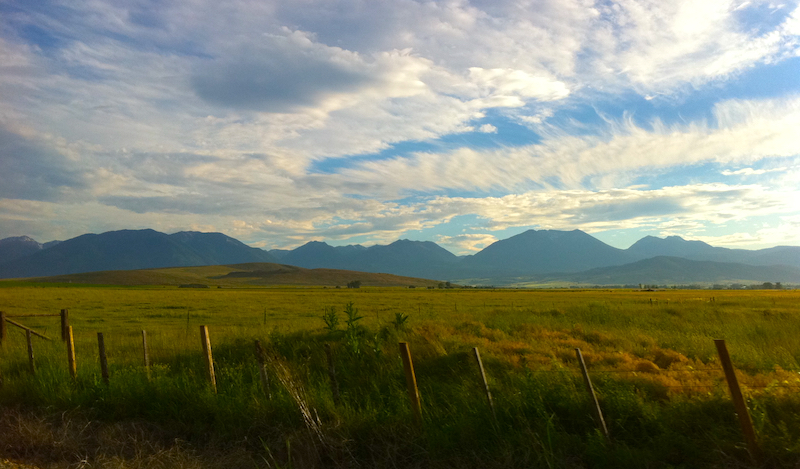 Q. Tell us about your blog. When did you start it and why?

In my previous life I worked in ad agencies as an art director—yes, just like "Mad Men" only I actually did work—eventually starting my own freelance business consulting with clients on their branding and marketing. Early on, I heard about blogs and thought they'd be helpful to clients as an adjunct to static websites. I started one to see how hard it was to set up and maintain, calling it GoodStuffNW because it was all I could come up with at the moment, and expecting I'd change it when I thought of something better.

Q. How do you define "good stuff"?

Initially, GoodStuffNW was about stuff that is good in the Northwest. As determined by me. Which is almost the perfect definition of a blog, come to think of it. It was stuff that I liked, food or people or places or experiences that I found fascinating and worth writing about; if I didn't like something, I didn't bother writing about it.

As I've learned more about where my food comes from, it's become more about connecting the dots between the field and my plate. Which includes stories about people who are making a difference in our local food system, about eating sustainably and locally, about the political issues affecting the food we find at our markets and stores.

Early on, my favorite series of posts was about buying half a pig from a friend who raises her animals on pasture. As a city person, I'd never been around a pig or followed its journey from the pasture to my table. I was able to meet this pig, named Roger—after Roger Sterling on "Mad Men"—and bear witness as he was killed in his pasture, and to experience the gratitude I felt for his life as he sustained my family.

Lately I've been writing about factory farms in Oregon, the effect they have on the animals in the system and on our health, our communities and the environment. One huge aspect I was unaware of until recently was that Tillamook cheese, which has been a part of my life since childhood, depends on factory farms in Eastern Oregon for the bulk of the milk they use to make their cheese. It's completely different than the claims they make in their marketing, so it's a story I've been following.

Q. Do you have other projects or interests besides the blog?

Though I don't consider GoodStuffNW to be a diary per se, it covers a wide range of subject matter and gives a good sense of my interests, from making food at home with seasonal ingredients to travel and farmers and farmers markets. And, of course, there are occasional updates on my Cardigan Corgis.

Q. Describe Portland in one word.

I've always said that I love Portland because it's big enough to be interesting and small enough to wrap your arms around.

Q. I understand you have deep roots in Oregon. Do tell.

I'm a fifth-generation Oregonian. My great-great-grandparents on my mother's side were born in Scotland and came to this country in the 1850s. They were recruited by the Mormons to travel to Salt Lake City where my great-great-grandfather worked for Brigham Young. They became disenchanted with the Mormons and in the late 1870s moved with their nine children to 161 acres near Baker and started a ranch, which is still in that family. I grew up taking swimming lessons on vacations during the summer at Radium Hot Springs in Haines and going on cattle drives on horseback, moving cattle down from their mountain pastures.

Q. Describe a typical day. Where do you get your material?

My typical day starts with dogs and coffee, then can go off in any direction depending on writing assignments, deadlines or what needs to get done.

Q. What's on your to-do list for the blog?

I think of GoodStuffNW as an online magazine centered around what it's like to live in the Northwest. There's a strong focus on food, which gives an opportunity to delve further into the people and resources of the land, the sea and the rivers and the issues that affect those resources.

Q. Describe yourself in one word.

This interview is based on one written by George Rede for the Oregonian in 2012.