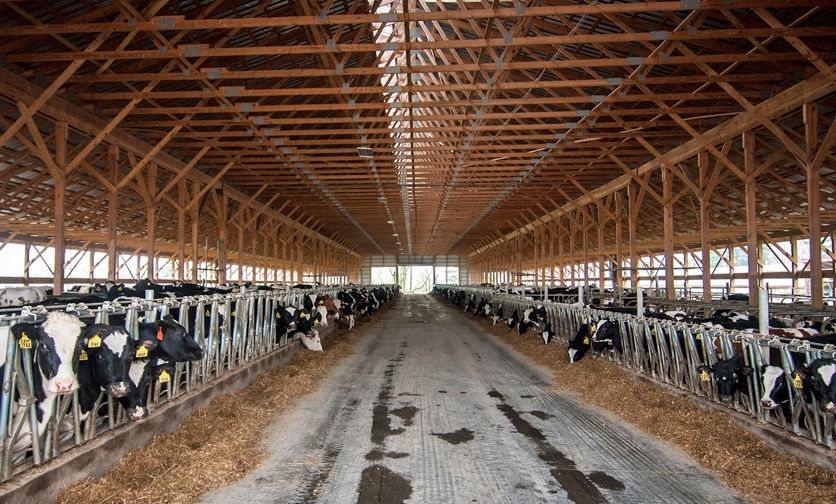 The Center for Food Safety (CFS), a public interest and environmental advocacy organization, called on Wednesday (9/25) for a consumer boycott of Tillamook dairy products "until the dairy giant commits to sourcing the milk in its products from farms which use the sustainable, humane practices that the company's advertising suggests."

This follows on the heels of a class action lawsuit filed on behalf of four Oregon consumers alleging that Tillamook's advertising misleads the public into believing its milk comes from cows munching on coastal pastures, when in truth the vast majority of the milk used in its famous cheese, yogurt, ice cream and butter comes from cows fed on grain and living on concrete and dirt feedlots in industrial conditions in Eastern Oregon.

Referring to Tillamook's advertising as "greenwashing," the CFS press release quotes senior attorney Amy van Saun as saying that "Big Food companies like Tillamook are exploiting consumer preference for small, local, and sustainable [food] by pretending that their practices support health, the environment, and a local living economy, when the reality is that the milk they're buying is dirty. Community food system advocates have fought too hard to protect the livelihoods of small family farmers, animals and our planet to see companies greenwashing their unsustainable products, especially a brand so beloved by Oregonians."

The lawsuit accuses Tillamook, which projects $1 billion in sales in 2020, of violating multiple Oregon consumer protection laws. These laws state that, essentially, "consumers are not required to spend hours doing online research in order to correct deception that is being put forth by a marketer’s pervasive marketing campaign, ” according to an article quoting Kelsey Eberly, a lawyer with the Animal Legal Defense Fund (ALDS), which filed the class action lawsuit.

CFS has mounted an online petition titled "Be the Truth Tillamook: Say Goodbye to Mega-Dairies!" urging loyal consumers to tell Tillamook that "we have long believed your advertising about the source of your milk: family farms in Tillamook county, raising cows humanely on pasture, letting them roam free on rolling green hills."

The petition goes on to say "Tillamook claims to be the answer to Big Food and 'Dairy Done Right,' but in reality, the majority of the milk that goes into Tillamook dairy products, including the signature cheddar cheeses, comes from the nation’s largest industrial confinement mega-dairy in Eastern Oregon—quintessential 'Big Food.'" CFS is launching a concurrent social media campaign using the hashtags #BeTheTruthTillamook and #DumpDirtyDairy.

As of the time of this posting, the Tillamook County Creamery Association, the co-op behind the Tillamook brand, has not issued a comment on the boycott, nor has Threemile Canyon Farms, the mega-dairy that provides the bulk of its milk. Easterday Farms, a new 30,000-cow mega-dairy—it bought the failed Lost Valley Farm in Boardman—has applied for a permit to supply milk but is not yet in operation.

For more information on mega-dairies in Oregon, read my article, Big Milk Brings Big Issues for Local Communities as well as my post on Tillamook's connection to these factory farms, Why I'm Quitting Tillamook Cheese. Read my full reporting on Threemile Canyon, Lost Valley and Easterday mega-dairies.